First of all, we start with the first piece of silverware of the season and it was Thurso who picked it up after an exciting final and ended with a penalty shoot-out at Harmsworth Park in Wick.

Both sides started well and had a few chances at either end with Thurso having two good chances, one by Cameron Montgomery over the bar and Ben Sinclair straight at the keeper, a Cameron Montgomery cross nearly fumbled at the back post by Kieran MacLeod as heavy rain came over the pitch, then after 15 minutes, Vikings winger Cameron Montgomery picked up a stray pass in the middle of the pitch and ran at the Halkirk defence, beat a couple of defenders and arrowed a shot left-footed into the far corner past Kieran MacLeod to give the Vikings the lead in the final. The game had settled down with Thurso holding the slender lead looking to increase their lead. Then the game looked as though it turned for the worst for Vikings after 31 minutes as Conor Trueman got a second yellow, then a red card for petulantly kicking the ball away as the match for more feisty. Seven minutes later Anglers were level as Kieran MacLeod threw the call long on to the right-wing to Korbyn Cameron who cut the ball back into the path of Kyle Henderson who slotted the ball past Asa Sinclair.

The second half started pretty level with both sides looking for a second goal. Ten-man Vikings took a deserved lead after 65 minutes as James McLean got his head to the ball to place it inside the left-hand post only for the ball to take a wild deflection off an Anglers defender into the opposite corner. The anglers were putting everything into getting an equaliser and were awarded a corner after 71 minutes and it was Andrew Mackay who took it and it seemed to go all the way in as a Vikings player swiped at it at the near post. It was anyone's final now with less than twenty minutes to go. A few great saves from Asa Sinclair and a few misses from Halkirk kept the match level but the ten men hung on to take it into a penalty shoot-out.

Two excellent saves from Asa Sinclair in the shoot-out and the last Halkirk penalty over the bar. Thurso's winning penalty takers were Marc MacGregor, Connor MacIntosh and James McLean.

First of all for the league games on the day we got to Kirkwall Grammar School in Kirkwall, Orkney where Invergordon made the long trip north and across the sea. It was the visitors who took the lead through Charlie MacDonald after 15 minutes and only seven minutes later Orkney levelled the match from Steven Hellewell to take the sides into the break level.

Next, we go to King George V Park, Fortrose as Loch Ness played hosts to Bonar Bridge. Loch Ness to an early lead after 3 minutes from Phil MacDonald and put themselves in a strong position as an own goal after 30 minutes gave them a two-goal lead going into the break.

The second half started with Loch Ness looking to increase their 2-0 advantage and Bonar fighting to get back into the game and with twenty minutes to go they did through Stan Keith. The game was put to bed in the last minute from Luke Seago which sealed the three points and put Loch Ness a point ahead of Invergordon at the top of the table.

Golspie Sutherland travelled to Nairn to play Nairn County 'A' at Riverside Park hoping to bounce back from their defeat at Loch Ness last weekend and it wasn't the best of starts as Nairn took an early lead after 22 minutes from Robbie Lean. Five minutes later it was Golspie's talisman and top scorer Liam Bremner who levelled the game to take the game into the break level.

Golspie started the second half well and in the 59th minute, they took the lead from Robbie Sutherland and ten minutes later sealed the win and three points from Cameron Sutherland. Golspie moved to fourth in the table, two points behind Halkirk United in third.

Finally, we go to Alness for the Ross-shire Derby as Saints travel the short distance to take on Alness United and it was an exciting tussle full of goals and excitement. The match was level the first half hour and then the home side took the lead through Struan Coli after 32 minutes. And just before half-time Saints levelled from Jake Lockett on the stroke of half-time to take the sides level.

Saints came out of the traps at the start of the second half and took the lead after 51 minutes from Jamie Skinner. Five minutes later Alness were level as Michael MacKenzie scored a penalty kick. In the 71st minute, Euan Henderson put Alness in frot 3-2. Saints again fought back and in the 83rd minute their talisman Ben Bruce score to level it at 3-3 and now it was anyone's game. Alness won the 3 points at the death from Jordan Knight in the 89th minute to stun Saints. Alness moved up to 7th in the table above Saints and Thurso. 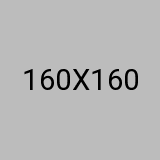